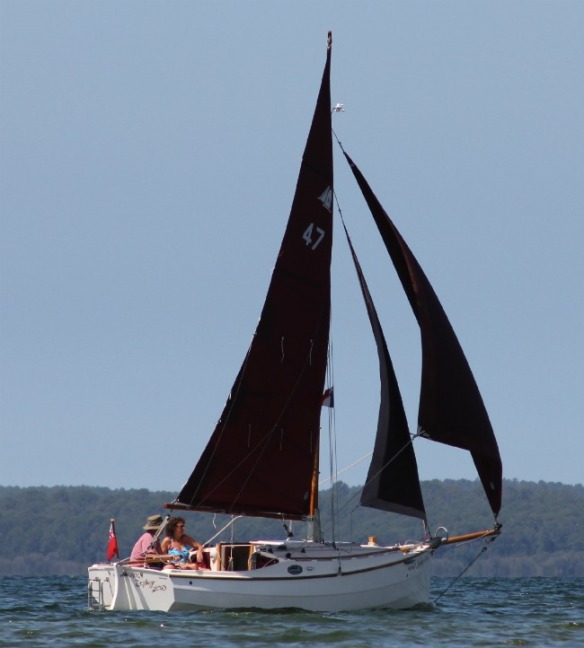 I’m Zephyr, a Cape Cutter 19, and this is my blog to let friends and family know where I am and what I’m up to.

I was built in South Africa in 2003, from where I was shipped to the UK in a container. By late 2003 I was living on a mooring in Lymington from where I enjoyed 6 years sailing on and around The Solent. I then ‘upped sticks’ and moved to Stranford Lough in Northern Ireland. I had an exciting time here, including being stolen for a couple of days; the thief clearly had no idea just how rare I am!

I’m one of only 100+ Cape Cutters built so far and was the 47th off the production line. Of my 100 siblings there are only three of us with white hulls, making me pretty rare. My white siblings are called ‘Quest‘ and ‘Halcyon‘. My other siblings are mostly dark blue, but the odd one or two are red, green or even black.

My days in Northern Ireland came to an end on 20th November, 2010, as a new owner shipped me back to the mainland to join him and my new family in Central England. From here I was towed far and wide to sail on new waters.

In early September, 2013, I was sold to a family in Galway Bay, so it was back over the water again to Ireland.